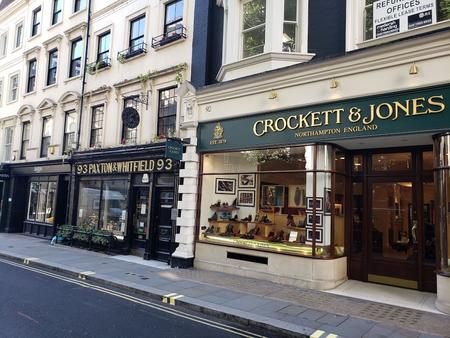 I wanted a bottle of Tuberose perfume like one of my heroine’s might use but alas Floris only had rather large bottles of the scent and I didn’t want to risk breakage in my luggage. Also, the price was over 70 pounds. I settled for a small boxed set of a candle and two small bottles of rose perfume.

Jermyn Street is historic and lovely. I hope I get back someday. 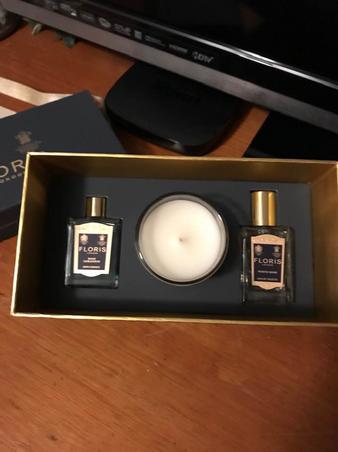 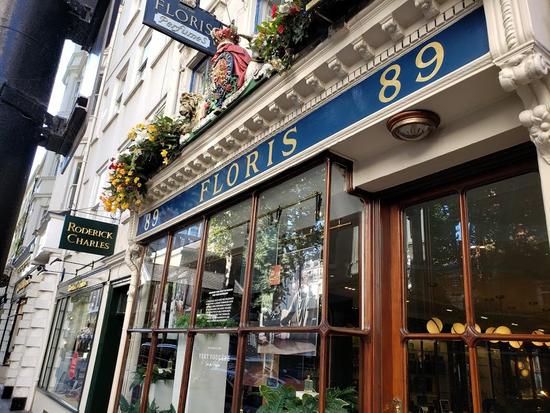 I knew on my recent trip to England and London particularly, I had to go to Jermyn Street and buy something from Floris. The perfumery house of Floris has been in business since 1730 and is still run by the family.

According to the Floris website: Originally founded by Juan Famenius Floris and his wife, Elizabeth, Floris sold grooming and shaving products as well as perfumes from their 89 Jermyn Street location. They received a Royal Warrant in 1820 as "Smooth Pointed Comb Maker" to King George IV. Royalty, historical figures and celebrities have long been customers of Floris. Floris continues to offer fragrances that have been in its collection from its earliest days, such as Classic scents Limes (1832) and Stephanotis (1786), as well as newer scents. that suit modern sensibilities, such as Sirena (2011). Floris also creates bespoke perfumes, giving customers the opportunity to customize an existing Floris scent.

Many Regency authors concentrate on Piccadilly for Hatchard’s or St. James’s Street for the gentleman’s clubs White’s, Brooks’s and Boodles. (It is always Brooks’s, not Brooks or Brooks’ according to the club historian.) I had lived in England years ago but never made it to Jermyn Street.

In addition to Floris, there is a cheesemongers, Paxton and Whitfield, two doors down. The cheesemongers were originally at 19 Jermyn Street from 1797. They moved to #19 in 1894. I also saw one of their shops in Bath. Jermyn Street has always been known as a street for gentleman’s clothing, so it is no surprise to see a statue of Beau Brummell there. The shirt shop Harvie & Hudson have been in business for 70 years.

A gentleman buys his hats at Locks, his shoes at Lobbs, his shirts at Harvie and Hudson, his suits at Huntsman and his cheese at Paxton & Whitfield. – Winston Churchill